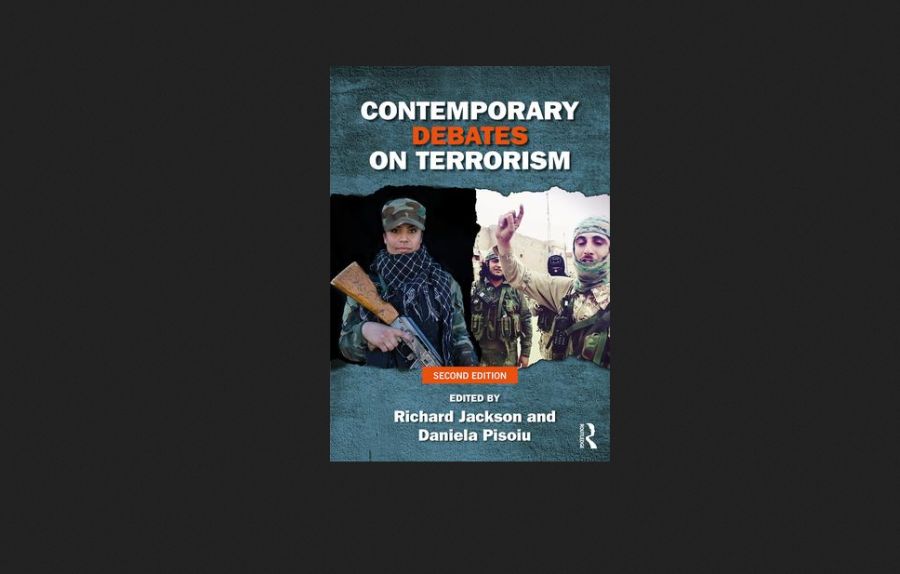 Praise for the first edition:

'Few topics have stimulated as much public debate as contemporary terrorism. What, if anything, does the word itself mean? Where did it come from? How serious a threat does it pose, and to whom? What are the best means for stopping it or at least mitigating its effects? [The editors] have assembled an outstanding group of scholars who debate the answers to these and other questions in a way that provides readers with clear understandings of both the complexity of the problems involved and alternative ways of solving them.'
— Leonard Weinberg, University of Nevada, USA

'This is a comprehensive, thought-provoking and fascinating volume. It provides the reader with conflicting views on terrorism and terrorism related phenomena. The authors are prominent scholars who offer fascinating arguments in a lucid style. This is the kind of scholarship that every individual who has an interest in terrorism should follow.
'- Ami Pedahzur, University of Texas at Austin, USA

'This is an impressive collection of essays on a number of critically important debates on terrorism and political violence by an outstanding group of scholars. Incredibly rich, sober and mature in analysis Contemporary Debates on Terrorism is an excellent addition to the currently available literature and deserves to be read not only by academic specialists but also by security analysts, policy makers and general readers concerned about international security issues.'
— George Kassimeris, University of Wolverhampton, UK

'Contemporary Debates on Terrorism presents a lively and informative selection of central debates which exemplify the modern terrorist environment. [The editors] have assembled an exceptionally qualified panel of experts who articulately address critical issues defining the nature of present-day terrorism. Questions posed by the authors, and the robust positions taken by experts in this field, are guaranteed to stimulate critical thinking and quality discussions among readers.'
— Gus Martin, California State University, USA

'A terrific contribution to any library, personal or academic, and should there be a follow up work to this venture from Jackson and Sinclair, it will be sought after.'
— Devon Simons, Aberystwyth University, UK

Description
Contemporary Debates on Terrorism is an innovative textbook, addressing a number of key issues in terrorism studies from both traditional and 'critical' perspectives. This second edition has been revised and updated to cover contemporary issues such as the rise of ISIL and cyberterrorism.

In recent years, the terrorism studies field has grown in quantity and quality, with a growing number of scholars rooted in various professional disciplines beginning to debate the complex dynamics underlying this category of violence. Within the broader field, there are a number of identifiable controversies and questions which divide scholarly opinion and generate opposing arguments. These relate to theoretical issues, such as the definition of terrorism and state terrorism, substantive issues like the threat posed by al Qaeda/ISIL and the utility of different responses to terrorism, different pathways leading people to engage in terrorist tactics and ethical issues such as the use of drones.

This new edition brings together in one place many of the field’s leading scholars to debate the key issues relating to a set of 16 important controversies and questions. The format of the volume involves a leading scholar taking a particular position on the controversy, followed by an opposing or alternative viewpoint written by another scholar. In addition to the pedagogic value of allowing students to read opposing arguments in one place, the volume will also be important for providing an overview of the state of the field and its key lines of debate.

Richard Jackson is Professor of Peace Studies and Director of the National Centre for Peace and Conflict Studies, University of Otago, New Zealand. He is the founding editor and Editor-in-Chief of the journal Critical Studies on Terrorism and editor of the Routledge Critical Terrorism Studies book series. His most recent publications include the Routledge Handbook of Critical Terrorism Studies (Routledge, 2016) and Confessions of a Terrorist (2014).

Daniela Pisoiu is a Senior Researcher at the Austrian Institute for International Affairs (OIIP), Vienna, Austria. She is author of Islamist Radicalisation in Europe: An Occupational Change Process (Routledge, 2011), co-author of Theories of Terrorism: An Introduction (Routledge, 2017) and editor of Arguing Counterterrorism: New Perspectives (Routledge, 2014).