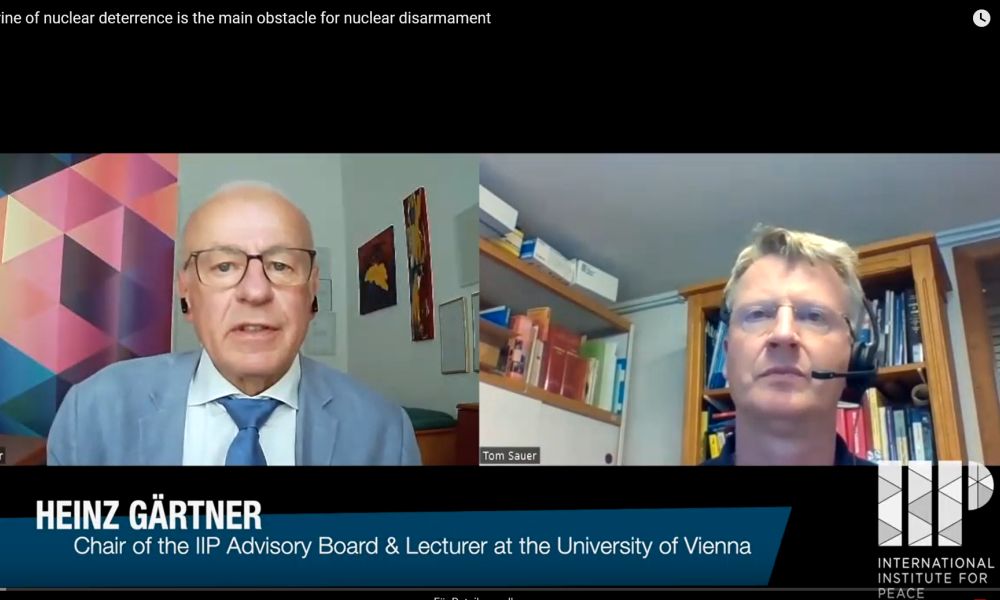 Interview: The doctrine of nuclear deterrence is the main obstacle for nuclear disarmament

As part of the talks on nuclear non-proliferation and disarmament of the International Institute for Peace (IIP) and the Austrian Institute for International Affairs (oiip) Heinz Gärtner spoke with Tom Sauer, Professor in International Politics of University of Antwerpen. Tom Sauer compared the results of the first Meeting of States Parties to the Treaty on the Prohibition of Nuclear Weapons (TPNW) in Vienna and the tenth Review Conference of the Non-Proliferation Treaty (NPT) in New York. For him, the TPNW-Meeting was a success for the non-nuclear weapon states (NNWS); in contrast the NPT-Review conference once again failed to agree on a common document, even so the text was watered down anyway. The deeper reason of the weakness of the NPT is that the nuclear weapon states (NWS) cling to the doctrine of nuclear deterrence. The NWS wrongly feel more secure with nuclear weapons, while the NNWS think both NWS and NNWS would be more secure without them. A European Army with nuclear weapons would be a huge setback for disarmament and non-proliferation. If the nuclear talks with Iran (JCPOA) fail, there will be a new nuclear arms race in the Middle East. Tom Sauer is pessimistic about the Nuclear Weapon Free Zone in the Middle East (NWFZME) because Israel will not even discuss the rationale of its nuclear weapons.

Speaker: Tom Sauer, Professor at the University of Antwerpen

Moderator: Prof. Heinz Gärtner, Chair of the IIP Advisory Board and Lecturer at the University of Vienna