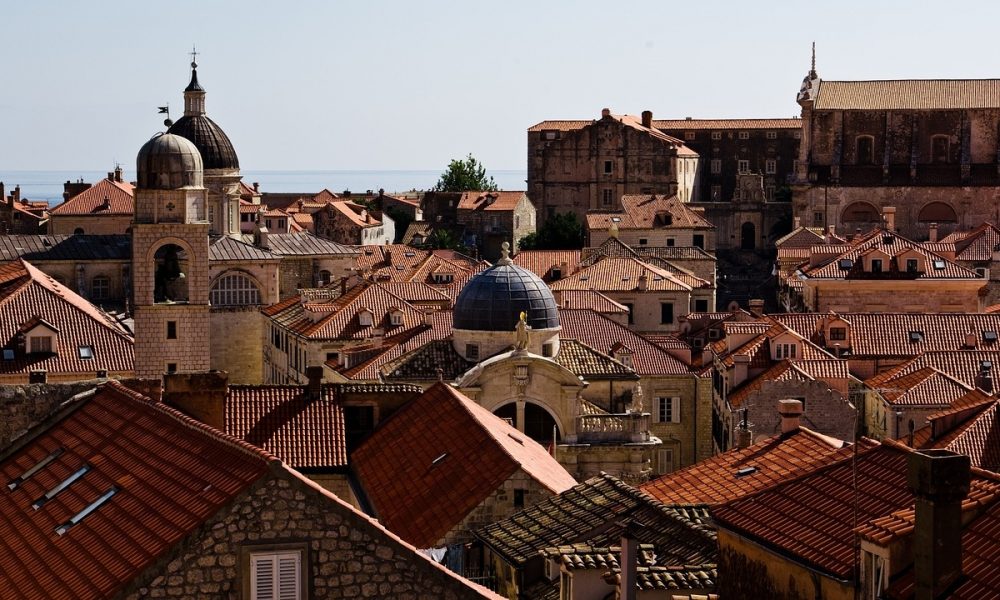 Policy Paper: Concrete Proposals for the New Balkans in 2030

Policy Paper by Vedran Dzihic together with the RI and IIP

The policy paper offers a list of effective, clear-cut, policy-oriented recommendations which blaze the trail for the European engagement with the young generation of the Western Balkans. It paves the way for a reinvigorated and substantial commitment that ensures a more prosperous, EU-oriented vision of the region in the coming decade.

·       All six countries of the Western Balkans have a perspective of joining the EU as full members and this perspective should not be taken away but made more credible and tangible. The Western Balkans, politicians and civil society, should be invited to take part in the up-coming discussion on the Conference on the Future of Europe.

·       In order to remain relevant in the Western Balkans, the EU needs to boost its offer to the region. Therefore, it should consider steps towards sectoral integration of the region into the EU.

·       Existing mechanisms to recognize and support financially citizens’ initiatives, as well as independent and investigative media should be further extended and new ones should be created. The EU should therefore increase its support for the Western Balkans through, for example, the European Endowment for Democracy. EU officials should be more vocal and critical of the authoritarian tendencies.

·       Countries in the region should comprehensively reform their electoral systems in order to bring them in line with the European standards. Initiatives to strengthen the role of parliaments could be considered, such as support for the work of the secretariats and their transparency.

·       Western Balkan countries should speed up their fight against corruption and organized crime. The EU ought to consider setting a clear date (2023) for full alignment with the EU acquis and best practices in the areas of public procurement and state aid. Furthermore, the European Commission should explore venues for the EU Court of Auditors to engage with the Western Balkans.

·       In order to boost entrepreneurship and youth employment, introduction of Youth Guarantees should be considered, with a particular targeting of the least developed regions where interventions are urgently needed. Furthermore, vocational education and training needs to be extended and streamlined.

·       Education systems should be reformed in such a way so that education institutions in the region provide applicable knowledge that also corresponds to the regional labour market needs. One aspect of such a reform should address student skills assessed in the OECD’s PISA study. Education systems should be designed to encourage independent research, new ideas and creativity, thereby helping young people take responsibility for themselves and their countries and start shaping their respective societies as early as possible.

·       The European Commission should develop and offer to all Western Balkan countries a clear roadmap to adopt all the EU environmental legislation and standards and include the Western Balkans in the “European Green Deal”. The governments in the region should incorporate the entire EU environmental acquis in their respective legislations by 2030. In return, the Commission should provide necessary feedback, as well as financial and technical support. All six Western Balkan countries should be invited to take part in the EU’s system to tackle natural disasters (rescEU) that is fully financed by the EU. In return, the Commission should request development and implementation of the national prevention and preparedness strategies that are in line with the EU’s best practice.

·       The Western Balkan societies and authorities should engage in bona fide cooperation aimed at bringing justice for all victims of the 1990s wars. The EU should be explicit and consistent in insisting on the development of adequate local judicial capacities; it should support and, when necessary, facilitate processes of regional cooperation around humanitarian issues and criminal matters; and it should openly politically support initiatives from civil society, such as RECOM, that aim at achieving progress in the area of justice and reconciliation.

·       All Western Balkan states should adopt youth policies, youth action programs, and youth strategies. Information about national and regional youth mobility programs should be made more accessible to the youth, in particular to socially and economically vulnerable people. Youth mobility also needs to be tackled through mutual recognition of diplomas.

·       Further investment in strengthening the Regional Youth Cooperation Office should be a strategic short-term goal, whereas in the longer run, it is crucial to deepen cooperation among the youth, in culture, sports, and through art platforms. University exchanges among students and academic staff are crucial to link higher education institutions within the region.

·       Western Balkans states should further work on enhancing cooperation in infrastructure and economic cooperation. They should align their actions on digitalization and cyber security with the EU and work towards removing economic barriers. The end goal of these efforts would be the creation of a regional economic area that is in line with the EU standards.

·       The Western Balkans governments, along with the specialized agencies and with the assistance of the EU counterparts, should commit to a comprehensive mid-to-long term continuous research and analysis of regional migration dynamics. They should also explore all the aspects of the emigration from the region, along with the possible incentives for citizens to return to their home countries. Research results would directly feed into the future policies and facilitate development of the region. Effective policies that promote circular migration can simplify and foster the progress of the region. Moreover, emigration should be part of any high-level EU-Western Balkans agenda. The governments of the Western Balkans should look for complementary policies within the EU and introduce a set of new policies, thus opening opportunities for their citizens that circular migration can potentially offer.

·         ‘Sticks and carrots’ of the integration process should be spread along the whole way and not be left until its very end. This will make more visible to the public in the region whether their governments are indeed delivering on the promises. It will also establish specific linkage between individual reforms/policies and rewards (or lack thereof) from the EU.

·       Benchmarks for measuring progress must be specified by the EU in order to prevent ‘ticking boxes’ on paper with no real changes in the lives of the citizens.

·       Transparency is crucial throughout the process. Civil society should be meaningfully included in all sorts of debates and consultations during the policy formulation and implementation as well as throughout the European integration process. It is also important for the EU to intensify its contacts with experts from the region to be able to receive independent from the government assessments of the situation on the ground.

·       The discussion initiated by France to adapt the methodology of the enlargement process, even though welcome, should not mislead by creating an impression that the methodology itself is the main obstacle. The democratic situation in Hungary and Poland would be the same, regardless of the methodology. The most important issue to address is the lack of political will of the governing parties to deliver responsibly on their commitments.

·       Regional cooperation must be fostered. The Croatian EU presidency and its focus on the Western Balkans can become an important step in this regard, considering that Croatia already is an EU member. In this context, it would be helpful also to get Slovenia more involved in the process – another EU member and neighbor of the region.

·       The European Union and the regional governments should jointly look into the ways how to involve Western Balkans diaspora in efforts to improve life in their region of origin. Mapping of diasporas in Europe, their organization, set skills and interests would be useful for understanding their potential role in the development of the Western Balkans.

This paper is an output of the joint initiative Young Generations for the Western Balkans 2030 that IIP has run for the last two years together with Karl-Renner Institut and the oiip. The initiative aims to bring the perspectives and ideas of younger generations from the region to European policy makers and general public.