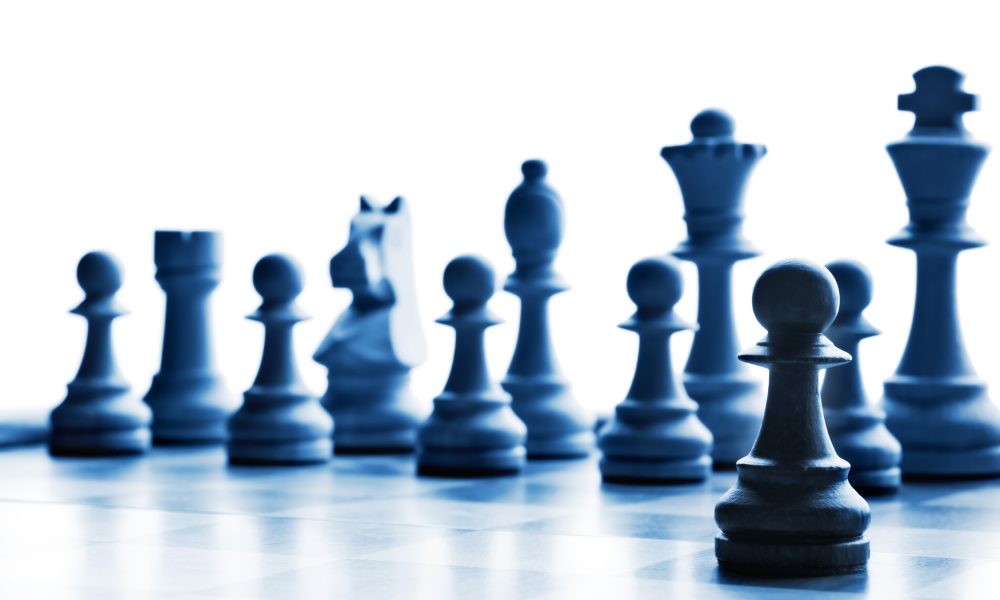 Serbia Must Choose Soon Between Despotism and Rational State

It is time Serbia’s citizens realised that they are being offered a mirage of a democracy – a feigned Europeanization process that in fact leads towards pure autocracy.

Ivan Krastev is not just a master of political insight, a lucid analyst and interpreter of the present but a tireless craftsman of jokes that make us laugh while also being laced with painful awareness of reality.

For years, Krastev has told a joke about the difference between an optimist and pessimist with regards to EU integration. An optimist, says Krastev, is whoever believes Turkey will join the EU while Albania is presiding over the Council, while a pessimist believes Albania will become an EU member during Turkey’s presidency of the Council.

When reality becomes more of a punch line than the joke, the joke goes from funny to sad. Krastev hasn’t told this joke in a while. For a long time Turkey has been an EU candidate in name only, while Recep Tayyip Erdogan constructs a de facto autocracy. If one was to encapsulate the misery of the EU integration process in the region, and update the joke, Serbia might well take the place of Turkey.

It doesn’t look this way on paper. Until recently, Serbia, alongside Montenegro, was a front-runner in the EU accession process. Just a few years ago, Europe’s then Commissioner for Enlargement, Johannes Hahn, was contemplating Serbia becoming a full member by 2025.

At a 2019 press conference following the Summit of the so-called Visegrad group in Prague, Serbian President Aleksandar Vucic demanded to know if Serbia could become a member by 2025, if it met all the demands. “Just tell us so we know, so we can plan our future, you can’t plan one year ahead, that’s not how you run a country, you have to have more long-term, serious plans,” Vucic said.

But Serbia will not become an EU member state by 2025, that much is clear. And yes, Vucic and the ruling Progressive Party, SNS, have more long-term, serious plans. But their long-term, serious efforts seem to be steering them towards the Cumhurbaşkanlığı Sarayı, the Turkish presidential palace, rather than towards Brussels.

The Turkish president is reported to have said, before his astronomical rise to the top: “Democracy is a means to an end, not a goal in itself; like a tram that we get off of when we reach our destination”.

In Vucic’s Serbia, swearing allegiance to European values has also long been a means to an end, not the goal. His regime got off the European tram a while ago, setting up camp at a local station called “Serbia”, where they continue to toy with the fate of its citizens; Serbia is realistically as far away from the EU now as it was at the time of the October Revolution, whose 20th anniversary will be celebrated – or mourned – this fall.

Today, Serbia is trapped in a mirage of democracy and Europeanization. The feigned Europeanization of the regime continues to erode the democratic foundations on which Serbia rests, leading it towards pure autocracy.

Facts substantiate this claim. Objective international research has shown that in the Vucic era, in the so-called EU front-runner stage, the legal state was eroded to such an extent as to give the SNS almost absolute control over all institutions, from parliament to municipalities.

The media saw its freedom curtailed, the public space constricted, corruption and clientelism has run rampant, the autonomy of science is openly undermined and brutal police force has been wielded against citizens in the streets of Belgrade. Regional relationships have deteriorated, and revisionist discourses have gained more prominence in Serbia.

Support for the EU diminished, and is now the lowest in the region. Geopolitical games with China and Russia and flirting with the regimes in Budapest and Ankara testify to this regime’s commitment to eschewing Brussels. The crux of the issue is that the core of Vucic’s regime is entirely devoid of any real enthusiasm for the democratic and liberal values espoused in Article 2 of the Treaty on the European Union.

What motivates the regime to maintain a facade of Europeanization is that EU member states and the EU, not Russia or China, are Serbia’s biggest trade partners, investors and donors. This has been shown during the COVID-19 pandemic as well.

The regime knows it can’t prop itself up without these funds, which largely disappear (as they do in Hungary) into the pockets of people and structures connected to the regime. Ultimately, every authoritarian regime depends on how much it can give to its clients and how capable it is of sating the appetites of various elites and interest groups gravitating around it.

The bottom line is that, festering underneath the veneer of feigned efforts to accelerate the EU accession process and the lip service paid to democracy are anti-European, anti-democratic, racist, chauvinist values and discourses – everything that Europe rejects.

Europe isn’t faultless here either. A while ago, the German sociologist Hauke Brunkhorst wrote about the difference between Europe’s managerial and emancipatory faces. Ever since Vucic became de facto leader of Serbia, Europe has spoken to Serbia in technocratic tones, both “stabilocratic” and pragmatic; stabilocratic because it kept buying into the narrative about Kosovo and about Vucic as someone who can deliver a solution to the Kosovo issue; pragmatic because he occasionally projects an image of himself as a pragmatic politician.

Vucic ingratiated himself with German Chancellor Angela Merkel through his pragmatic management of the refugee crisis in 2015, for instance. That saw him executing Berlin’s wishes, no questions asked. Whether it intended it or not, the EU chaotically, unconsciously, or semi-consciously, has become complicit in long-standing efforts to erode democracy and freedom in Serbia.

The alarm finally went off when Viktor Orban, the architect of the clandestine autocratization of Hungary, started wholeheartedly supporting Serbia’s European ambitions.

In the meantime, Vucic’s image as a pragmatic leader of a European Serbia has crumbled. The fact that the EU for the first time has not opened any new chapters is a portent. Nevertheless, there can be no real change if Serbia itself doesn’t change.

In the beginning of his “era”, Vucic often quoted Max Weber, emphasizing the Protestant ethic and “hard work, discipline and order” as the cure-all for the supposed problems stemming from the Serbian mentality of “laziness, disorderliness and lack of discipline”.

Had he read Weber more diligently, he would have known the difference between the rational type of government, based on adherence to legal norms, i.e. a legal state built around an independent and objective bureaucratic apparatus, and the type of authority he favours – charismatic authority.

According to Weber, charismatic authority is based on followers’ loyalty to the special character, heroism or supernatural powers of the leader and the power they personify. Vucic is certainly convinced that he is a charismatic leader, a historical figure who will leave an indelible mark on Serbia.

Serbia has to decide what kind of government, country and society it wants – if they want a country with institutions that function independently of the despot or the ruling party, a country free of corruption and nepotism, whose citizens are equal and who enjoy a free, pluralist public space and media, where everyone’s opinions are heard and facts are distinguishable from illusions.

It has to decide if it wants a European, democratic Serbia, or will settle for an illusory democracy and empty promises of EU accession. It must decide if it wants a despot or a rational state. The latter involves nothing less than a conscious rejection of Vucic’s regime. It won’t happen without a revolt either – this time underpinned by more mature ideas and logistics.

The European future of Serbia rides on the success of this revolt. Until this happens, hollow promises of a European future will continue being wielded to undermine democracy in Serbia. Once the revolt starts, it will be the last call for the EU to choose a side and decide which of its two faces it wants show – the calculated and technocratic one, or the other – the emancipatory face.