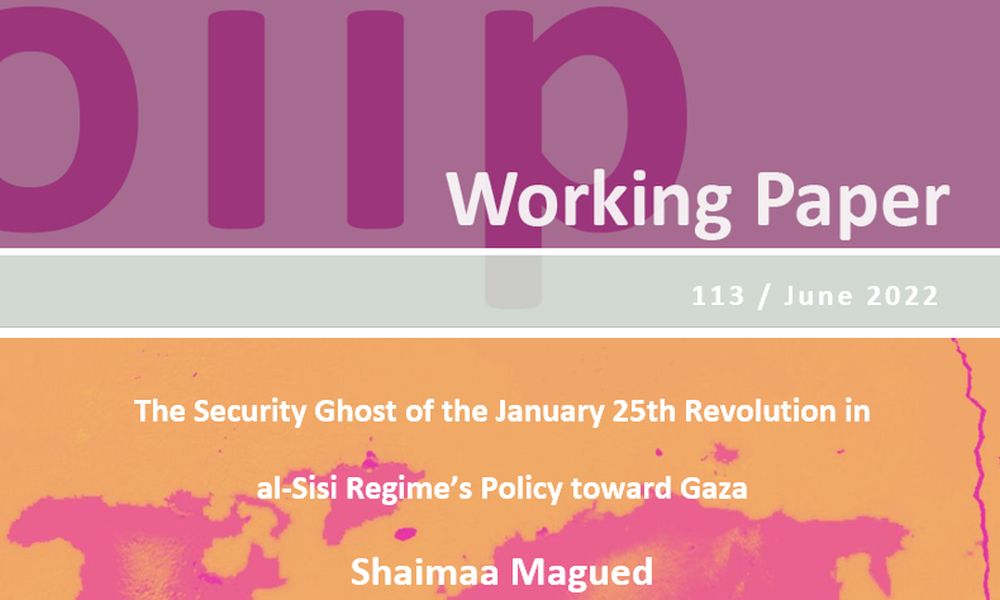 This study argues that al-Sisi regime has been haunted by the January 25 uprisings as a potential recurrent threat to the state survival during the formulation of national and foreign politics. In the aim of boosting its international legitimacy before Western allies, especially the US, the regime has capitalized on political instabilities in Gaza as a means to ensure its security grip on power without incurring foreign allies’ critics for human rights violations. How did al-Sisi regime mobilize Gaza as a means for bolstering its international credibility before Western bailers and shunning off the January 25 security ghost? In answering this question, this study refers to haunted politics in foreign policy-making as an informative perspective about the impact of traumatic events on ruling regimes’ interpretation of incidents, convocation of memories, recreation of meanings, and subjugation of citizens. Unlike Mubarak’s limited support for the Palestinian cause and Morsi’s exclusive ties with Hamas, al-Sisi adopted a balanced approach toward Gaza in the aim of counterbalancing the US reservations over the regime’s human rights violations since 2013.