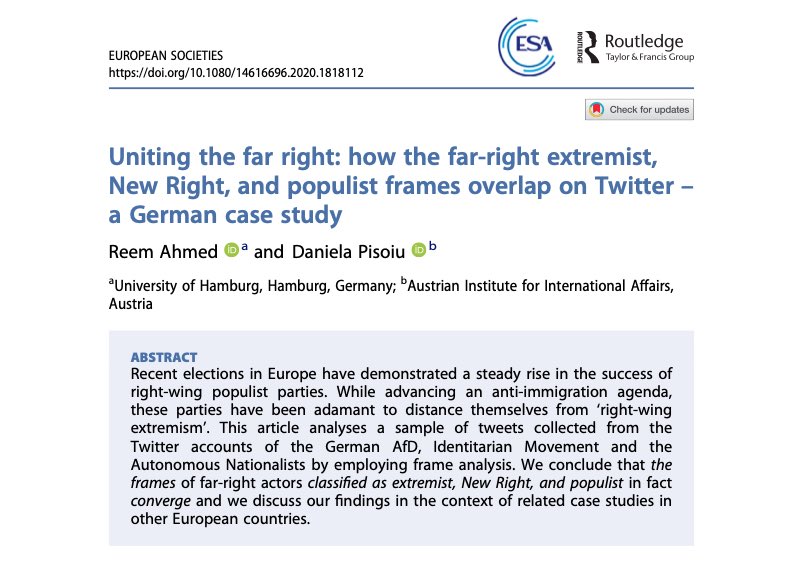 Uniting the far right: how the far-right extremist, New Right, and populist frames overlap on Twitter – a German case study

Abstract:
Recent elections in Europe have demonstrated a steady rise in the success of right-wing populist parties. While advancing an anti-immigration agenda, these parties have been adamant to distance themselves from ‘right-wing extremism’. This article analyses a sample of tweets collected from the Twitter accounts of the German AfD, Identitarian Movement and the Autonomous Nationalists by employing frame analysis. We conclude that the frames of far-right actors classified as extremist, New Right, and populist in fact converge and we discuss our findings in the context of related case studies in other European countries.

Produced as part of the cooperation between the Austrian Institute for InternationalAffairs (oiip) and the Danube University Krem.