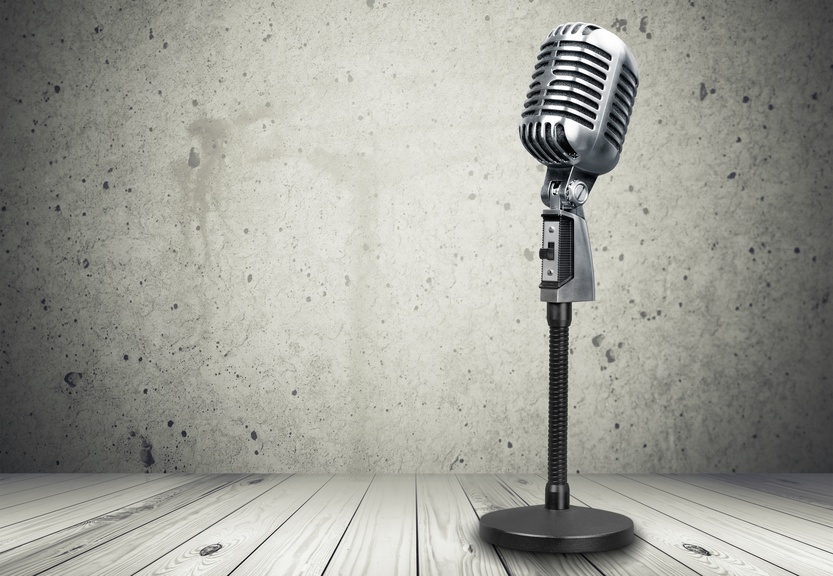 For this interview series, Fabiana Natale and Gilles de Valk speak to experts from different backgrounds on the political implications of the COVID-19 pandemic in their respective fields. From their living rooms in France and The Netherlands, they will explore the (geo)political, security, and societal consequences of this pandemic. This interview series marks the launch of a new type of content for the Security Distillery, one which we hope can provide informative and entertaining analyses of an uncertain and evolving development in global politics.

For this sixth episode, we interviewed Daniela Pisoiu, Senior Researcher at the Austrian Institute for International Affairs (OIIP) and expert of the Radicalisation Awareness Network. She has over fifteen years of experience in Islamist, right-wing and left-wing radicalisation, extremism, and terrorism, and is specialised in individual radicalisation processes. Her fieldwork includes interviews with (former) radicals and analyses of court files. In terms of regional focus, she works on Austria and Germany, as well as the Western Balkans and Europe more broadly. In our conversation, we first discussed radicalisation and deradicalisation mechanisms and then the exploitation of the pandemic by extremists.

Radicalisation is a gradual process and occurs in small steps. What is key when it comes to preventing it?

There are many important aspects, depending on who your target is and what stage one is at in the radicalisation process. To avoid this process from happening at all, however, an important concept to work with is critical thinking. Young people need to be provided with the capacity to use (social) media in a critical way, in order to resist indoctrination. If they do not, ideas can flow and evolve very quickly, especially due to the suggestion algorithms. Once you are in an environment where only similar ideas are propagated, it can be very difficult to get out of it.

You have interviewed returning foreign fighters for your research. How was it for you to talk with them about their experiences? And to what extent was it possible for you to understand their motives?

It is interesting and usually not so difficult. Sometimes I meet people who do not want to deal with what happened, they simply want to forget. Most of the time though, they do not have any problem with talking to me. However, some of them have their narratives already figured out for the trial and simply repeat it.

Not everyone believes what returning foreign fighters say, but I think it is true when they say they experienced a real shock and disappointment. They all left with that dream of a utopian, supportive, and just society, where children go to school and women can work. Then, they find out that those ideas are not implemented and they experience violence on a daily basis. They are disappointed with their comrades and the ideology, which is why they disengage.

As soon as they come back to Europe, they are thrown into prison. Some of them did not even regard themselves as criminals and never touched a weapon. However, according to the law, they are amongst the worst offenders as they are accused of terrorism. This is a huge psychological burden, on top of the sense of guilt some have towards their family and children. Of course, I am not saying they are victims, but we should invest more in this psychological and social aspect.

Nevertheless, there are also returning fighters who still strongly believe in the ideology of IS after coming back.

How is Europe currently dealing with returning foreign fighters and what could be improved?

Most European governments were and are not particularly eager to take people back because they fear they might lose support domestically. Besides, it is a very complicated process. There are more people coming back than are convicted, because it is not always possible to find evidence. Then there are cases of people who have already been in prisoner camps in Syria before coming back, which counts for their sentence once they are convicted in Europe. Therefore, if we wait too long to let them return, they will directly be free once they arrive. There are also debates regarding women, because some consider them as victims that have been lured, while others say they are responsible and might have taken part in the morality police in Syria. Finally, there are also divergences concerning children. In France, they are separated from their family straight away and receive psychological counselling. In Austria, authorities try to place them with other family members. Either way, those decisions are taken on a case-by-case basis. There is no standard procedure and no incentive to establish one.

In Kosovo, however, 110 individuals, mostly women and children, have been actively brought back by the government and there is an elaborate reintegration plan. Women are not put in prison and families receive support for education and social care. Kosovo is very advanced in this regard and other Western countries are now taking it as an example.

Given the depth of indoctrination of both returning foreign fighters and extremists who stayed in Europe, what are the keys of de-radicalisation?

The result of a de-radicalisation process has to do with the length and intensity of counselling. When a person radicalises, they enter a new world of ideas, and it takes time to reverse this; besides, accepting one’s own mistakes is difficult.

Social networks are usually considered as the key element in de-radicalisation, because one is indoctrinated and radicalised through other people. Therefore, changing the social environment of the person can help induce a change in their values.

Additionally, having an occupation is crucial. Being jobless is not a risk, but it creates opportunities, because you have more time to engage with radical ideas and people. Besides, occupations reflect factors such as self-esteem and the need to do something meaningful and this plays an important role, both in radicalisation and in de-radicalisation processes.

On top of that, the pandemic has led to a considerable increase in online activities. Did it also create new opportunities for radicalisation via propaganda on social media?

Internet plays a key role in radicalisation, because all kinds of information are available out there, even instructions on how to build a bomb. However, propaganda does not work on its own. Networks are even more important, because radicalisation is a social phenomenon and always happens with a feedback loop. Online, interactions simply happen at a higher speed and sometimes also intensity than offline, while the social and psychological process remains the same.

As internet and social media create more opportunities for propaganda and radicalisation, extremist groups obviously picked up on the increased online activities during the pandemic. This has been exploited by jihadis, presenting the coronavirus as a punishment of Allah for the West, by right-wing extremist movements denouncing a Jewish plot, and by individuals and groups promoting various conspiracy theories, which are the first step into indoctrination.

However, when analysing such mechanisms, it is essential to look at both the recruiting organisation and the people. On the one hand, there is the thriving offer by extremist organisations. On the other hand, there is the internet user who is sitting at home, isolated, eager to have meaningful interactions, and perhaps psychologically affected by the crisis. Indeed, those circumstances increase people’s vulnerability to believe in simple explanations.

Thus, I suspect that we will see a consistent increase of radicalisation, especially the right-wing kind. Furthermore, we might have a hard time countering those phenomena, since frontline fighters against online propaganda are chiefly not state authorities, but private companies such as Google or Facebook, with their content analysis algorithms and social scientists.

Not long after IS presented the pandemic as a punishment for the West, their occupied territories were affected by the virus. How did IS react to this? To what extent could they take advantage of the crisis?

Generally, as state authorities are trying to deal with the pandemic, they can allocate less resources in the fight against terrorist groups, which have the opportunity to flourish. IS reacted quickly as the virus reached them. They applied the measures suggested by the World Health Organisation, even though they were critical about closing mosques. In this sense, it is an opportunity for them to portray themselves as an actual state and to show what they are capable of. They want to prove they are better able to take care of the populations than local governments. Thus, they are able, yet again, to take advantage of unstable institutions and gain popularity against weak states, such as countries in the Sahel.

In that respect, terrorist and extremist groups are growing during the pandemic. Yet, we do not seem to focus on this issue as much as before the pandemic. Are we still well aware of the problem?

Media are currently paying less attention to terrorist and extremist groups, which is a good thing, since they live off publicity. Within specialist circles, I have not seen less care for those topics.

In recent years, IS has been putting less emphasis on the West. This is not due to the pandemic, but because they are increasingly focusing on regions such as the Sahel or Afghanistan. In Europe, we seem relieved about this shift, but it is important to understand that IS is not gone and sooner or later the consequences of their presence in other regions will affect us, too.

In the right-wing spectrum, we see an increase in activity and even attempts to weaponise the virus. We did not use to think of biological weapons as an asset that such organisations could manage, because of the medical and logistic skills it requires. However, this type of virus offers the opportunity for a significant individual empowerment. If used systematically and strategically, a simple cough can become a weapon and attempts have been already made in this regard.

While it is normal that states use their resources for other priorities at the moment, we have to remain aware of such risks and how they might evolve in the future.

What are the key takeaways from the pandemic regarding radicalisation and extremism?

In the Middle East and Africa, the pandemic can increase the importance of terrorism. We often underestimate this, because we tend to be Western-centric. In Europe, the crisis has accelerated the empowerment of right-wing radicals, which had already started in the last years, but has been largely ignored.

We usually think of extremism as an abnormal phenomenon at the margin of society, but now it is developing in the middle of it, especially given the appeal of conspiracy theories. Earlier, we distinguished American white supremacism from European neo-Nazism and treated them as isolated cases with low potential. Today, those trends are gaining a strong transnational character and are appealing to more and more people on both sides of the Atlantic.

However, this is no surprise, because crises have always been good market opportunities for radicals to capitalise on. In times of crisis, people feel insecure and these groups provide them with easy answers.

Link to the interview