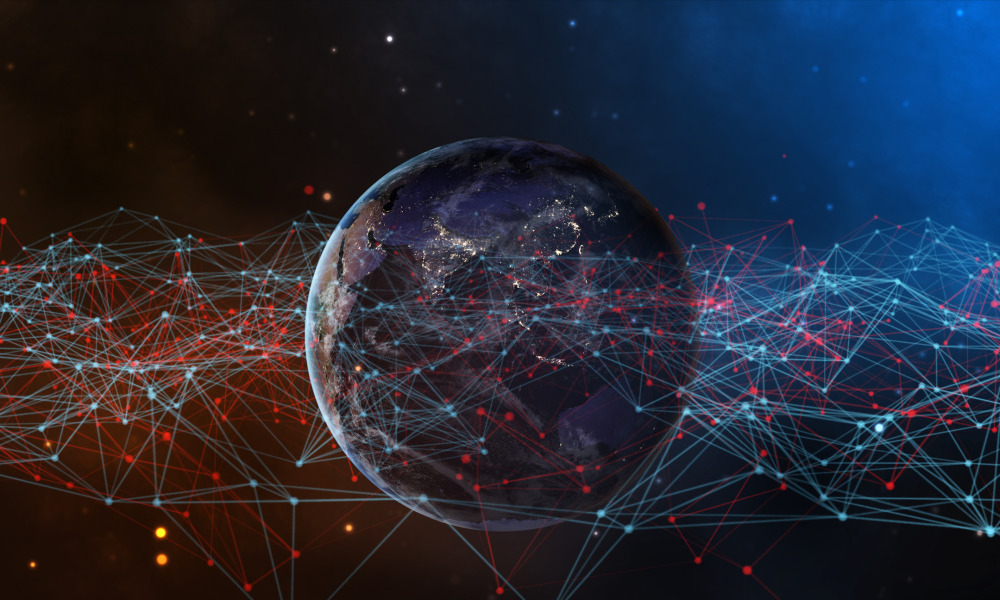 Cultural Policy in Bosnia and Herzegovina: Recognising Culture as an Integration Tool

Every cultural policy that is led by democratic principles implies, creates and implements cultural actions, which aim to provide the fulfilment of cultural needs and aspirations for as many citizens as possible. The state, as the main carrier of such cultural policy, brings out certain legal regulations, establishes institutions, presents various planning methods and cultural engineering that do not only make cultural contents accessible to the citizens, but influence citizens’ opinions and the actions of every individual. In this context, it is important to underline the importance of cultural policy regarding integration processes in Bosnia and Hercegovina’s society. The main methods for establishing and developing cultural policy should become the tool for strong relations between citizens and state nurturing various integrative traits. Therefore, this Policy Brief critically evaluates the present discourse of current cultural policies in Bosnia and Herzegovina and tries to recommend a better conception of cultural policy and cooperation as a medium for the integration of society in general.

Cultural Policy in Bosnia and Herzegovina: Recognising Culture as an Integration Tool

When speaking about cultural policy in Bosnia and Herzegovina[1] it is essential to look at the current situation in the country in general and especially in the context of a long-time political crisis.

The culture of Bosnia and Herzegovina has been considered and described by diversity, merging and openness. Throughout its history, Bosnia and Herzegovina was a living space for Muslims, Orthodox, Catholics, Jews, Roma people and many other communities. They all have lived mutually, sharing their traditions and values among each other, acknowledging and respecting each other. This is why Bosnia and Herzegovina is still known as the ‘diamond of Europe’ due to its multiculturalism and multiethnicity. But today, the lives of all cultural identities in this country are influenced by the past ‘captured in the chains’ of the Dayton Agreement[2]. This strongly impacts culture, although this topic is avoided in the public sphere to the most possible extent.

Bosnia and Herzegovina is still lacking a general concept or strategy for culture as well as a clear definition of cultural policy. This obscurity, therefore, disregards culture as a creative impulse and process in the modernisation and integration of society but emphasised its role as a ‘keeper’ and exclusive promoter of national identities and politics. Additionally, cultural institutions vital for the state have been deliberately and systematically destroyed by a lack of judicial support and destructive political influence on culture and cultural institutions such as museums, libraries, archives and theatres.

Bosnia and Herzegovina is still lacking a general concept or strategy for culture as well as a clear definition of cultural policy.

The nationalistic political and cultural parable that divisions and clashes within society are natural and impossible to prevail over has always been proved to be inaccurate and wrong by the authentic Bosnia and Herzegovina’s cultural patterns throughout its entire history such are multiculturalism, plurality of religions, values and traditions embraced by mutual understanding and respect. It is important to underline that these cultural patterns are kept and taken care of by those cultural institutions. These institutions prove continuity and permanence of the state of Bosnia and Herzegovina, (still) existing as a testimony of a multicultural and open society.

The role of culture to foster dialogue among different cultural identities and reconciliation within the entire country is absolutely not acknowledged and not valued at all.

Already mentioned today’s years-long crisis trend in Bosnia and Herzegovina also involves a disturbing absence of a long-range, integrational and comprehensive development programme, which has not been offered in all these years of political pluralism which we are experiencing. Neither the new/old rulers nor the opposition have yet recognised the emancipation value of culture as a symbolic investment that creates values and essence of society together with its resistance to ideological, political or any other instrumentalisation and manipulation. The role of culture to foster dialogue among different cultural identities and reconciliation within the entire country is absolutely not acknowledged and not valued at all.

The current position of cultural policy in Bosnia and Herzegovina

In the two entities of Bosnia and Herzegovina cultural policies are differently managed.

On the other hand, integration represents the process of connecting and inclusion of individuals, groups and other parts of society towards functional articulated community based upon equality and respect of cultural diversities (Peters, 1993).  The purpose of integration policy in the context of culture is to create circumstances under which people can collaborate in achieving common goals and developing a society where everyone feels safe, can expand their talents, work and learn, and create a social cohesion utterly needed in Bosnia and Herzegovina’s society.

The current situation in cultural policy of Bosnia and Herzegovina, where innovative elements could be seen only in small parts of structure and its separable parts, enables possibilities for alternative solutions, which means fostering reintegration processes in the society and mostly important, including as many people as possible, especially young people to be part of this important public sphere, what is culture. Particularly in the segments of arts for reconciliation, artistic exchange, cultural activities tackling mutual understanding, meaning creating space for more serious multicultural dialogue. Furthermore, the authentic culture, culture that is independent from any ethnopolitical establishment could eliminate servility of citizens towards the system.

However, such an almost ideal situation is going to be very difficult to achieve, because of the reduction of culture on its ethnic dimension and deliberately hiding cultural emancipatory streams and potentials. In addition, it is important to underline the hegemony and domination of mass culture today in the context that culture has been media transmitted and marked mostly by giving to cultural events an image of spectacle. Moreover, the media news about cultural events are a substitution for culture, instead of citizens attending cultural events.

The European Commission specified priorities for 2019-2024 that are very much relevant for policy making in the area of culture at EU level.

Bearing in mind that cultural policy represents one of the main elements for sustainable development in the country, it is important to stress that culture in Bosnia and Herzegovina was never linked with policies in other social fields. Moreover, during the COVID-19 pandemic, Bosnia and Herzegovina’s citizens experienced a ‘digital gap’ due to their social and economic circumstances but also due to the fact that issues of an efficacious involvement in the information society was never seriously taken into the consideration within the cultural policy at any level. Cultural policy at all levels should also incline towards improving social integration combating any kind of discriminations of citizens in the various parts of Bosnia and Herzegovina[5]. This implies closer cooperation with civil society as well as, education institutions, media and youth organisations. All relevant institutions in the entire country should implement joint activities fostering intercultural communication and interactions, integration of various parts of the society, in which the variety of cultural identities, behaviours and beliefs build a sincere peace and reconciliation culture.

Bearing in mind that cultural policy represents one of the main elements for sustainable development in the country, it is important to stress that culture in Bosnia and Herzegovina was never linked with policies in other social fields.

Furthermore, it is necessary for culture to be ‘brought closer’ to rural and smaller towns in Bosnia and Herzegovina. In other words, it is possible to open an entry to the culture for every citizen, promoting and supporting broader access to culture for all population, preventing marginalisation and exclusion, firming all processes that support cultural democratisation and social integration.

Furthermore, it is necessary for culture to be ‘brought closer’ to rural and smaller towns in Bosnia and Herzegovina.

All of the above indicates that an adequate cultural policy in Bosnia and Herzegovina would be the essential element to enable a sustainable development of the society, especially linking it with education, economic and social policies. It can reinforce citizens’ participation within society, improve their already lost confidence, integrate various members of society and different communities, building the culture of peace not the culture of conflicts and distrust. Bearing in mind political and societal context today, this will take more time and changes in the society’s political culture as well.

In conclusion, cultural policy[6] cannot be any different than an entire political and social situation in the country. Bearing in mind the ongoing crisis in all areas of life, strong political influence on culture in Bosnia and Herzegovina together with an absolute neglect and disinterest of the political responsible for culture, the main question is actually who should make these changes and under whose responsibility culture and cultural policy in Bosnia and Herzegovina should really be. One of the answers should be to position culture more vividly and seriously in the educational systems throughout Bosnia and Herzegovina. Moreover, mitigation of problems could be achieved by transparent financial support and donations related to various cultural projects. EU funds are already providing assistance. Trainings on cultural management are in order to combat various obstacles. Because it is far more important to educate cultural workers how to acquire funds, how to use them and be transparent about it. The fact which should not be overlooked is that Bosnia and Herzegovina’s society represents the society with utterly dysfunctional social and political organisations, state and cultural institutions. It is a society characterised by symptomatic influence of mass and populistic culture and mass media. Cultural institutions are fighting strictly for their survival, middle class – the one that creates and consumes cultural goods – almost does not exist, funding for cultural, scientific and publishing activities are extremely inadequate and when they occur, their distribution is very questionable, dubious alongside ‘shady’ criteria. Today’s cultural policy in Bosnia and Herzegovina simply does not exist. When speaking about relation between state and culture, it is only about attempts for solving existential issues of cultural institutions, with sporadic participation in the realisation of certain cultural events, and ‘completely by the book’ without planning in advance and long-term strategies, often due to the pressure of cultural/art professionals, citizens and media.

It is a society characterised by symptomatic influence of mass and populistic culture and mass media.

When creating an adequate cultural policy all responsible government structures in Bosnia and Herzegovina should finally understand and accept the fact that culture is economic potential, the greatest integrative factor for the society and the leading genuine indicator of one society’s progress.